Jacques Perconte is a visual artist and a major figure in the French digital art and avant-garde scene since the 1990. He is very prolific and produces a variety of works: films, but also generative pieces, audiovisual performances, photographies and installations. Recently he worked on several commissions including a monumental installation for the Council of the European Union, Europaaour (2022). Perconte’s work has been focusing on landscapes for more than fifteen years. He travels to specific places, be it in France, Scotland or Madeira, and then wanders and roves around, filming and re-filming the same area, exploring the various natural elements, forest, sky, sea, birds, but also traces of human life inscribed in these territories. Then, with his highly sophisticated tools he re-works the digital flow and takes us on a journey into shapes, movements, colours, light, and texture, revealing intimate and unexpected aspects of a performed landscape, as well as unforeseen features of digital moving images. Perconte’s films are a poetic encounter between nature, culture and digital technologies.

These two programmes are a rare opportunity to experience these remarkable journeys, meet Jacques Perconte and discuss his singular approach to both films and the world we live in. 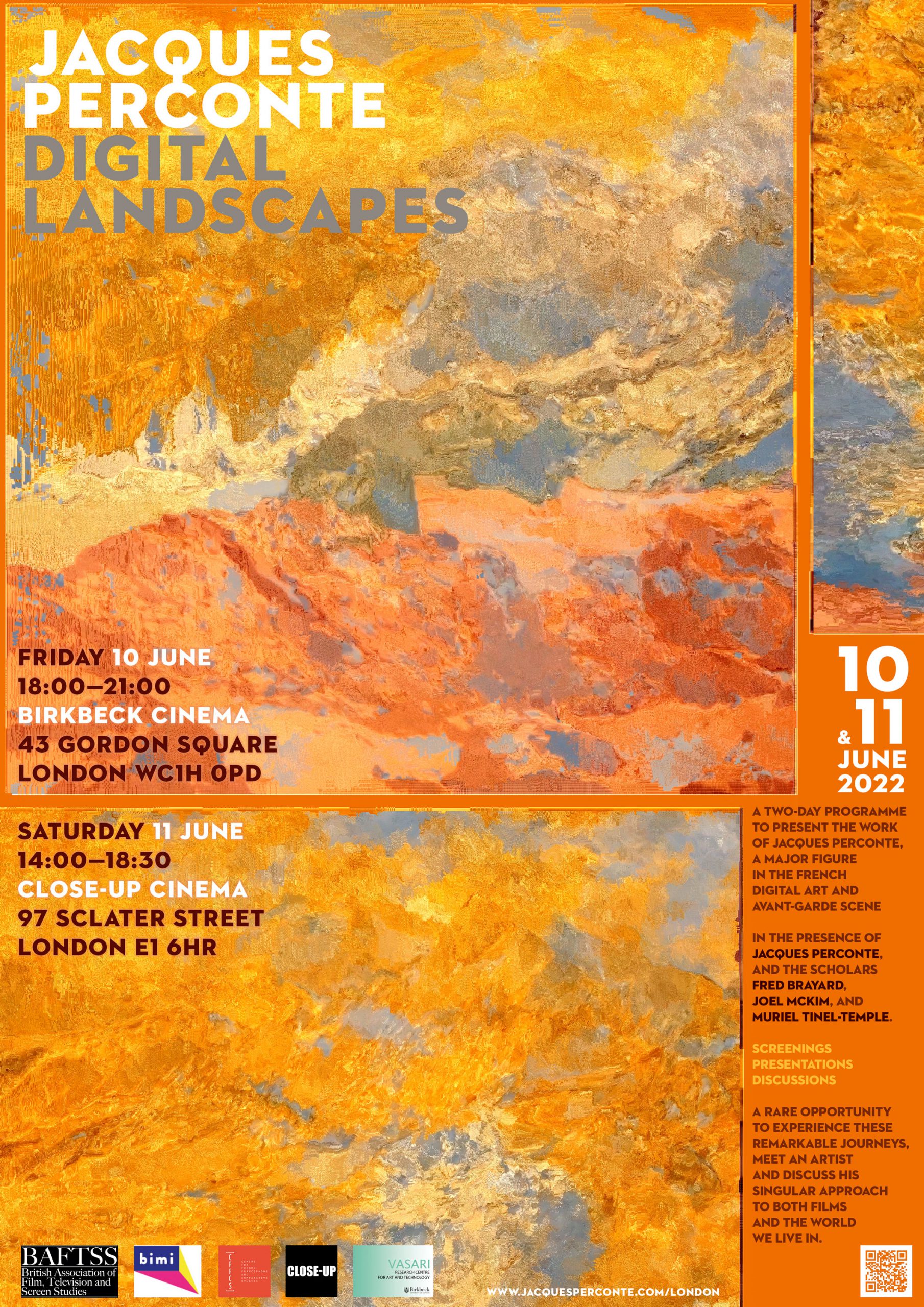 A DIALOGUE ON LOUIS-FERDINAND CÉLINE 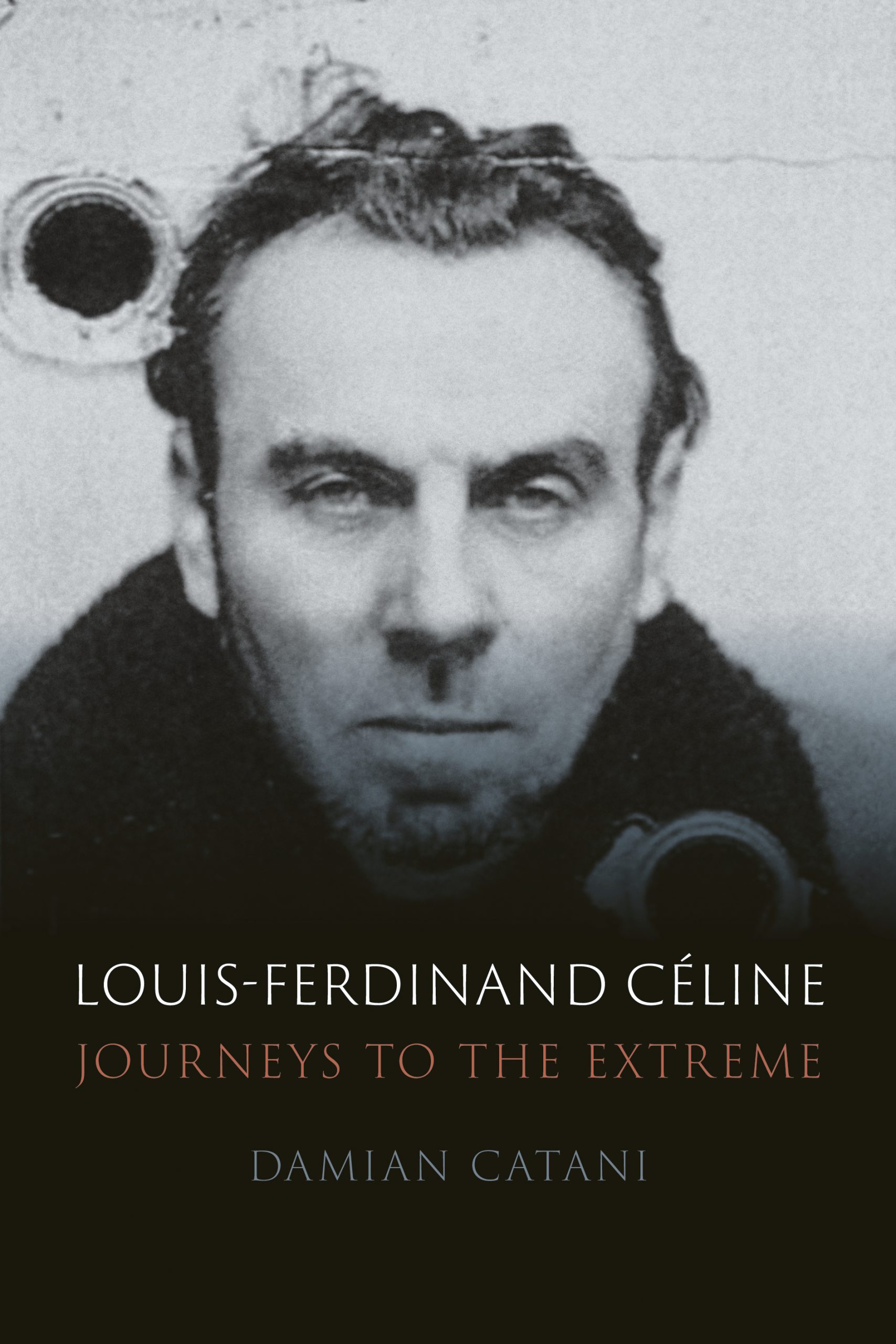 between Damian Catani and Michaël Ferrier

Conversation on the question of whether it is possible to separate the art from the artist, between acclaimed French novelist Michaël Ferrier and Birkbeck’s Damian Catani. Online.

Damian Catani’s biography of the controversial French novelist Louis-Ferdinand Céline was published by Reaktion Books in September 2021. Damian will be in conversation with acclaimed French novelist Michaël Ferrier, on the question of whether it is possible to separate the art from the artist when the artist has as abhorrent political views as Céline had, especially considering the fact that his novels drew so much on his own life. However, the debate will not focus solely on this aspect of Céline; it will also explore the literary impact of a novelist described by Marie Darrieussecq as “One of the best French writers ever, who re-invented the very language of literature, and a complete SALOPARD”.

Damian Catani is Senior Lecturer in French at Birkbeck, University of London. He is a specialist in 19th- and 20th-century French literature, especially late 19th-century poetry and the relationship between literature and ethics. His other published books are The Poet in Society: Art Consumerism and Politics in Mallarmé (2003), and Evil: A History in Modern French Literature and Thought (2013).

Michaël Ferrier is a Franco-Mauritian essayist and the award-winning author of several novels. He is also professor of French at Chuo University in Tokyo, Japan. His latest novels are Mémoires d’Outre-Mer (2015), translated as Over Seas of Memory (2019), and Scrabble: une enfance tchadienne (2019). Ferrier is a great reader of Céline and has published a book on Céline entitled Louis-Ferdinand Céline et la chanson (2004).

This event takes place online. Click the word ‘Online’ in your confirmation email to access the event. This will only be live one hour before the listed start time.

Any reminders about the event will come from messenger@bbk.ac.uk. Ensure that you check your Junk/Spam/Other folders.

Email arts-events@bbk.ac.uk for any queries.