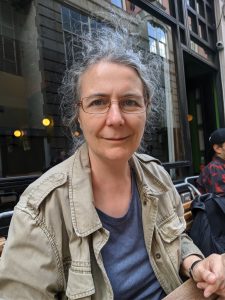 Lecturer in French Studies, department of Cultures and Languages, Birkbeck

My current research and publications are in the field of contemporary poetic practice in France. I study deconstructionist literature, with a particular interest in the the aesthetic representation of human belonging. In particular, my research deals with how the concept of human belonging – in the world, but also within such constructs as “the family” and “the community” – is instantiated. I investigate the ways in which “kinship” and “community” are reformulated, understood, analysed, deconstructed and constructed anew, in poetry and prose.

Professor of Francophone and Comparative Literature at the University of Paris-Seine (UCP, Cergy, France)

Rémi Astruc  conducts his research alongside the international and interdisciplinary network “CCC”, which focuses on the notion of “Community” in philosophy, politics, creation and performance studies, and the social sciences. This research has lead to the publication of two new works in 2016: a book-length essay entitled Nous? l’aspiration à la communauté et les arts (featuring an afterword by Jean-Luc Nancy) as well as La Communauté revisitée/Community Redux (foreword by Yves Citton). Both books explore the actuality of the notion of Community in contemporary thinking as it relates to the issues that define our present, ultimately seeking to understand what can still bring us together in societies where the answer to this question remains largely unclear.

My current research interests include the relation between science and literature, and the representation of ‘the monstrous family’ in Francophone literature. I am finishing a book based on my PhD, Fleurs monstrueuses: histoire d’une métamorphose, Littérature, femmes et botanique, describing the links between visual and textual representations of flowers, and the monstrous representation of women during the late nineteenth century. At the same time, I am working on a monograph dealing with how the work of contemporary Lebanese-born Canadian playwright, painter and director Wajdi Mouawad explores the family as a metaphor and origin of the Lebanese civil war. In this text I analyse the relationship between theatre, re-enactment, and traumatic release and how Mouawad’s rewriting of Sophoclean tragedy aids modern reflection on war, exile, loss of mother-tongue, and familial relationships.

Damian’s research and teaching interests are as follows: 19th and 20th century French literature and thought, with a particular emphasis on notions and representations of evil. 19th Century French poetry (especially Mallarmé and Baudelaire) and the role of poetry in society. The 19th Century French novel and short story (Zola and Villiers). The visual arts. Damian has just completed a book entitled Evil: A History in Modern French Literature and Thought, which through close analysis of a range of seminal writers and thinkers from the late eighteenth century to the present day, maps the complex evolution in modern conceptualisations and representations of evil. 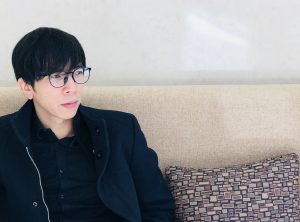 Assistant Professor of Literature at the National University of Singapore

Irving Goh is currently President’s Assistant Professor of Literature at the National University of Singapore. His first book, The Reject: Community, Politics, and Religion after the Subject (Fordham UP), won the MLA 23rd Aldo and Jeanne Scaglione Prize for French and Francophone Studies. His second monograph, L’existence prépositionnelle, was published by Galilée. He is also the editor of the volumes French Thought and Literary Theory in the UK (Routledge) and Nancy Now (Polity, coedited with Verena Andermatt Conley). The Deconstruction of Sex, a work in collaboration with Jean-Luc Nancy, is forthcoming with Duke UP.

Reader in Modern French Literature and Thought, University of Cambridge

My current research focuses on the interplay between contemporary French thought and debates within scientific theory. My specific concern is to develop novel forms of realism and naturalism from this and to explore how these might renew both aesthetic theory and literary-critical practice alongside philosophical frameworks concerning the political and the concept of community that emerged within post-deconstructive French thought from the 1980s onwards.

Reader in 20th and 21st-century French and francophone literature, department of Cultures and Languages, Birkbeck

Akane researches in the field of 20th–century and contemporary French and francophone literature. Her interests include travel narratives and exoticism, photography, contemporary fiction, and interactions between literary and visual culture. She has published extensively in the field of modern and contemporary culture, with numerous articles in refereed journals on a wide range of 20th-century writers and three monographs.

Professor of German Studies, department of Cultures and Languages, Birkbeck

I teach and research in the areas of twentieth and twenty-first century literature and film and have a particular interest in literature/film and gender, the recent German novel and the films of Wim Wenders and Rainer Werner Fassbinder. I have recently completed a project on the collaborative works of Wim Wenders and Peter Handke (with Martin Brady, King’s College London), funded by the AHRC.

I supervise or co-supervise nine PhD students on a wide range of German-focused and comparative projects on twentieth and twenty-first century film and literature.

Ann’s research and teaching interests are in the field of 18th-century French literature and culture and, in particular, the topic of sensibility, theories of reception and reader-response, and word and image relations (especially illustrations of 18th-century French fiction). Her book Sensibility, Reading and Illustration: Spectacles and Signs in Graffigny, Marivaux and Rousseau was published by Legenda in July 2009, and her current research project, started during the tenure of her Leverhulme Early Career Fellowship, focuses on the representation of the figure of the prostitute in 18th-century France, adopting an interdisciplinary perspective.

I am a comparatist whose main interest is the legacy of Hermeticism in modern literature and philosophy. My current book project deals with the theme of impoverishment in the work of writers such as Kafka, Blanchot, Lispector, and Bolaño, and thinkers such as Žižek, Agamben, and Deleuze. My interest in community is guided in large part by Deleuze and Guattari’s concept of the n – 1: the idea that a multiplicity never exists once and for all, that it must constantly create itself anew via a work of subtraction.

My current research and publications deal principally with aesthetics (literature and philosophy, literature and arts). I have particularly focused my attention on the work of Pierre Klossowski (Anamnèses: Essai sur Pierre Klossowski, Hermann, 2012), on critical theory (Frontières du sujet: Une Esthétique du déclin, L’Harmattan, 2015) and on modes of transgression. In relation to community studies I have researched on the “negative community” and on the French journal Tiqqun (1999-2001). I am interested in the theorisation of community, more specifically on the “community to come”, on the fundamental knots of togetherness within the radical separation of Modern subjectivity.