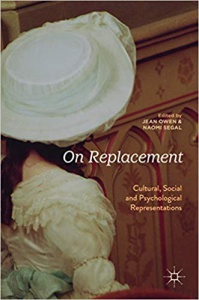 This book is an interdisciplinary study of the human drama of replacement. Is one’s irreplaceability dependent on surrounding oneself by a replication of others? Is love intrinsically repetitious or built on a fantasy of uniqueness? The sense that a person’s value is blotted out if someone takes their place can be seen in the serial monogamy of our age and in the lives of ‘replacement children’ – children born into a family that has recently lost a child, whom they may even be named after. The book investigates various forms of replacement, including AI and doubling, incest and bedtricks, imposters and revenants, human rights and ‘surrogacy’, and intertextuality and adaptation. The authors highlight the emotions of betrayal, jealousy and desire both within and across generations. On Replacement consists of 24 essays divided into seven sections: What is replacement?, Law & society, Wayward women, Lost children, Replacement films, The Holocaustand Psychoanalysis. The book will appeal to anyone engaged in reading cultural and social representations of replacement. 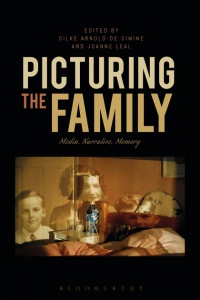 Whether pasted into an album, framed or shared on social media, the family photograph simultaneously offers a private and public insight into the identity and past of its subject. Long considered a model for understanding individual identity, the idea of the family has increasingly formed the basis for exploring collective pasts and cultural memory. Picturing the Family investigates how visual representations of the family reveal both personal and shared histories, evaluating the testimonial and social value of photography and film.

Combining academic and creative, practice-based approaches, this collection of essays introduces a dialogue between scholars and artists working at the intersection between family, memory and visual media. Many of the authors are both researchers and practitioners, whose chapters engage with their own work and that of others, informed by critical frameworks. From the act of revisiting old, personal photographs to the sale of family albums through internet auction, the twelve chapters each present a different collection of photographs or artwork as case studies for understanding how these visual representations of the family perform memory and identity. Building on extensive research into family photographs and memory, the book considers the implications of new cultural forms for how the family is perceived and how we relate to the past. While focusing on the forms of visual representation, above all photographs, the authors also reflect on the contextualization and ‘remediation’ of photography in albums, films, museums and online.

The Aesthetics, Emotions and Politics of Failure (Brill, 2017) 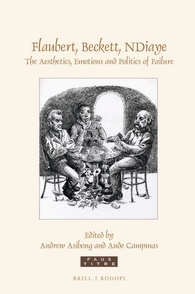 Gustave Flaubert, Samuel Beckett and Marie NDiaye can be considered as visionaries of a peculiarly radical form of failure, their protagonists and texts alike sliding inexorably into unmanageable states of paradox, incompletion and disintegration. What are the implications of these authors’ experiments in splitting and negativity, experiments which seem to indulge the most cynical aspects of nihilism, whilst at the same time grappling with the very foundations of politicized and psychic truth? In this unusual edited volume of comparative analyses, Andrew Asibong and Aude Campmas bring together ten provocative and illuminating essays, each of which approaches the various ‘failures’ of the bizarre trio of canonical francophone writers along three principal axes of investigation: the aesthetic, the emotional and the political.